[Jesus] said, “Go home to your own people and tell them how much the Lord has done for you, and how he has had mercy on you.” (Mark 5:19)

Chapter five of Mark’s gospel contains a dramatic miracle of Jesus. Travelling to new area, Jesus and his disciples encounter a man possessed by a legion of unclean spirits. This man is deeply disturbed and Jesus sets his free with a word. People who had been frightened of this man and steered clear of him now see him sitting down calmly with Jesus and in his right mind once more.

It’s a powerful and dramatic encounter but it’s a small incident towards the end of the story that has always intrigued me. The man who has been released from the evil spirits has been changed by his meeting with Jesus. It’s not surprising, therefore, that he asks to follow Jesus as a result.

You might expect Jesus to say yes to the man’s request. After all, he has spent a lot of time calling people to come and follow him, and here is someone volunteering to do just that without being asked. Surely Jesus would jump at the chance of another follower?

But Jesus refuses the man’s request. Instead, he tells him, “Go home to your own people and tell them how much the Lord has done for you, and how he has had mercy on you.”

But Jesus already had a place for this man to build God’s kingdom – his home. He didn’t need to go to somewhere else, find a new location to serve or a new place to minister to. His mission field was in front of him.

So it is with us. God has put us in a particular place to build his kingdom: our family, workplace, school, neighbourhood. For some God might be calling us to another part of the world to serve him. But for most of us, God has already given us a mission field to serve in – the very places that we live and work.

What God calls each one of us to do is very simple. Along with this man from Mark chapter five, you are to “tell them how much the Lord has done for you.” That is, we are to speak of our experience and encounter with Jesus, of the Lord’s goodness and grace to us, and then trust that God will do the rest.

That was the experience of the man from this story. Heading home to people who had told Jesus to go away, he spoke of God’s mercy to him. The result is that “all the people were amazed.” (Mark 5:20) The testimony of what Jesus has done for him turned them from afraid to amazed. He spoke of God’s mercy and God did the rest in people’s lives. Let’s trust that God will do the same for us.

Photo by Elena Mozhvilo on Unsplash

Can suffering and confidence in God go hand in hand?

How honest are you with God? 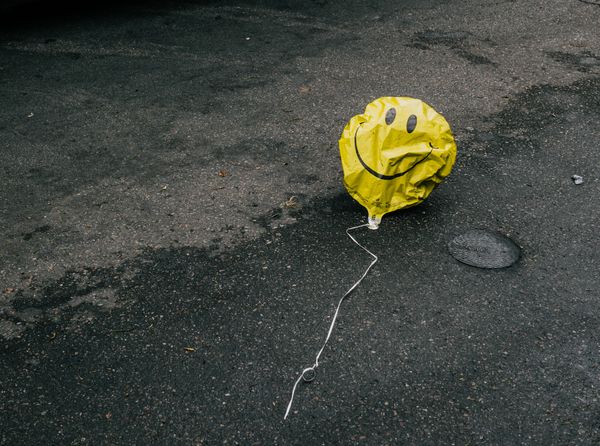 What can we learn from Elijah about dealing with disappointment?