“Then the apostles returned to Jerusalem … They all joined together constantly in prayer” (Acts 1:12–14)

Do you ever wonder what it would have been like to be the apostles in the book of Acts?

Acts is so full of exciting and dramatic scenes that it’s easy to get drawn into wondering what it would have been like to be there. What encouragement we would get from seeing people healed in Jesus’ name. How our faith would grow when we saw the Holy Spirit so powerfully at work. How easy it would be to follow Jesus when the church is growing so quickly around us.

Imagine for a moment that you were with those disciples at the start of Acts, as Jesus bids them farewell. Before their eyes Jesus is taken up into heaven. What would our response be? To launch a church growth initiative? To go on a mission trip?

It is interesting to note the response of those first disciples. Their priority is prayer.

That might seem anticlimactic. Prayer rarely seems exciting or dynamic. Surely with all that is going on, the apostles would have other priorities. But no, prayer is at the top of their agenda. They return to Jerusalem to join together constantly in prayer (Acts 1:14).

Of course, Jesus had told them to return to the city and to wait for the gift of the Holy Spirit. So we might look at this time of prayer as a waiting activity, something to occupy their time until the Spirit comes and the ‘real’ work starts. But as we read through the rest of the book, even after the Spirit is given at Pentecost, the priority of the apostles is still prayer. We see the early church doing the same thing again and again, constantly meeting together and prioritising prayer.

I don’t think we should see that as a coincidence, because it is precisely in prayer that we see the kingdom of God in action. We see God’s kingdom in action in various ways through Acts: in miraculous signs and wonders, in bold witness about Jesus, in proclamation of the good news. But the kingdom of God is perhaps most clearly seen as Christians gather together to pray.

Why is that? It is because in prayer we acknowledge our dependance on God, that it is his power, and his power alone that can make things happen. In prayer we declare that we cannot build the kingdom ourselves (even when, at times, we might be tempted to think we can!) In prayer we receive the character of the king as the Holy Spirit does his work in our lives and brings us to maturity in Jesus. In prayer, we announce the kingdom as we humbly and freely bow our knee before the throne of heaven.

In prayer, we declare ourselves to be citizens of God’s kingdom and subjects under His rule. That is what the apostles are doing constantly and consistently. The signs and wonders and bold witness all flow from this truth.

If we wish we were with the apostles in the book of Acts, let us remember that we come before the same king in prayer. The same Holy Spirit enables us to have access to the same saviour. So let’s have the same priority that they did, and delight in the freedom of coming to God in prayer.

Photo by Pedro Lima on Unsplash

The psalms encourage us to express our emotions as well as our faith. 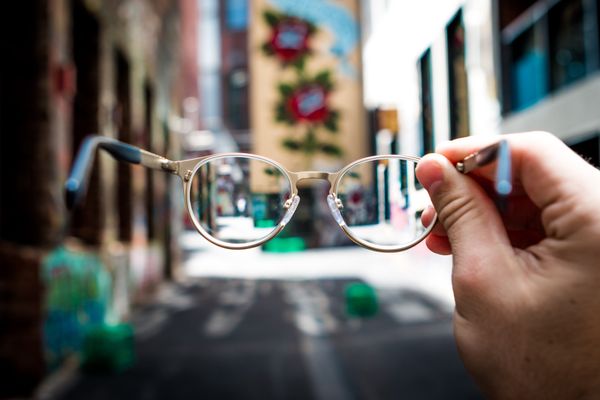 What helps you to praise God when you don’t feel like it?

What comes into your mind when you think about God?